“It really beats law school.” ~ Jason Chaet
We returned to NYC from San Fran a week ago, and hit the ground running! But first, a recap of San Francisco. 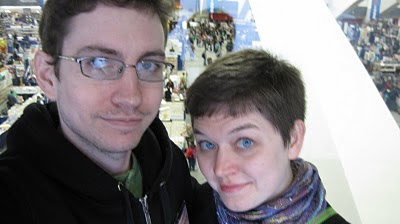 Skeleton Boy screened in the midst of the bustling WonderCon. Now, this was our first Comic Con (yes yes – it’s technically dubbed a “popular arts” convention b/c of it’s inclusion of video games, TV, movies, etc. but let’s call it what it is Nerd Nirvana!) It was pretty intense. There were nerds & geeks of every stripe there. Intense comic shoppers. Costumed fan boys and girls. (My favorite was Ruffio - seriously circa 1991 Hook's Ruf! Fi! Ooooooo!)  Video game zombies. Mouthbreathers. Self-righteous know-it-alls (think The Comic Book Guy from the Simpsons) and plenty of casual fans, checking out the booths/stores, artists and celebrities. Now these are not big name celebrities. These are people who inspire deep and defensive fandom - and some seemed cool (Helen Slater - from The Legend of Billie Jean!),  others did not. The dude who played Chewbacca charged $25 for his autographed pic of him in costume. Unreal.
Anyhow, the San Francisco International Children’s Film Festival was a lot of fun. We did a Q&A after Skeleton Boy made his debut, and answered questions from adults and kids alike. Our stickers, fliers and film were well-received, and our short screened in the same festival as shorts from Bill Plympton and Henry Selick!
(For those of you who came here b/c of the fest – hello! Welcome. Etc.)
Now back in NY, Zach and I worked on a friend’s fundraising trailer for his feature. More on that later but here's an on location photo to tantalize: 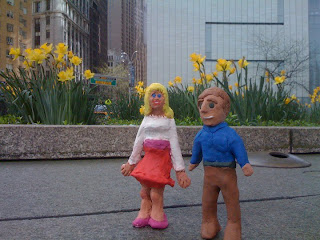 Then, Zach served as the assistant director on a new webseries, Mother Eve's Secret Garden of Sensual Sisterhood, which I am currently cutting! 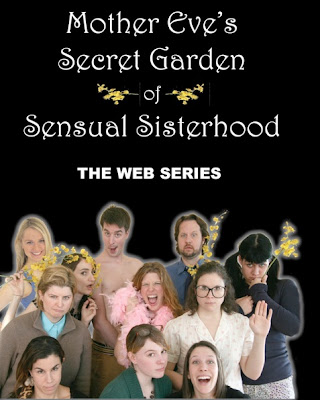 The series follows seven kooky women who open themselves to the unconventional teachings of Mother Eve, a self-proclaimed empowerment guru. Each episode tackles a different issue: Sex, Money, Career, Self-Image, & Men with humor and musical numbers.

Keep up with Mother Eve, join the facebook group.
So, until further notice, I’ll be spending my days cutting hilarity!
Posted by Kristy Puchko at 5:34 AM