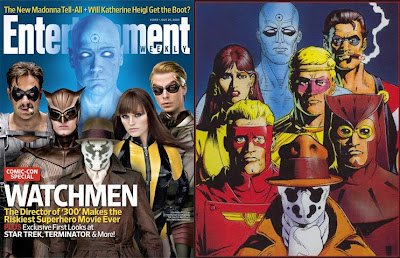 True, fanboys rallied against Zack Snyder's altered ending and fey Ozymandias. I get it, but as someone who walked into the movie with no foreknowledge, I loved it! The visuals drew me in and the odd world and delicate character of Daniel Dreiberg (Nite Owl) kept me locked in. Rorschach brought good times violence to the table but Nite Owl brought heart. It's a smart balance. And the performances were overall grounded and interesting, though I think wallpaper has more charisma than Malin Åkerman. But all in all, Watchmen got me. Zach says, as someone who has read the comics, it was a reasonably successful adaptation of a book said to be unfilmable. So, #10 spot.
#9
Batman Returns
(1992) 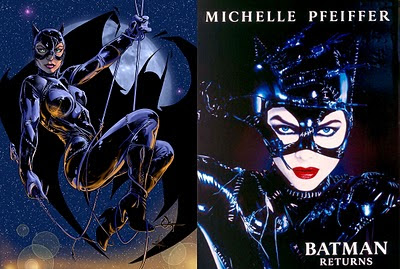 Tim Burton’s Batman movies are among my earliest obsessions. And while Batman had Jack Nicholson as the gleefully mad Joker, the sequel had Cat Woman. Oh man, Cat Woman. I love everything about her. When the recently murdered Selena Kyle returns to her apartment to eviscerate her stuffed animals, mangle her neon sign and create some deadly DIY projects, I squeal like the third grader I was when I first saw it. She thrilled me then and thrills me now. No man can keep her down. Not for good anyway. Bonus points for Christopher Walken. Always.
#8
Tank Girl
(1995) 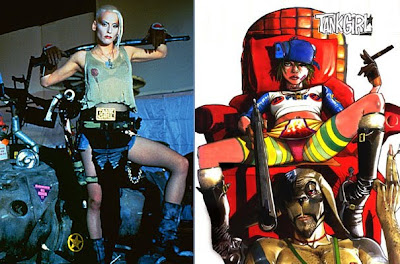 Fun, sassy and weird as a Gilliam movie, Tank Girl is set in a future where water is kept from the people, and the world's only hope is a motley crew of hybrid kangaroo-men and a twisted sister with a bombshell bra! Bonus points for the Cole Porter musical number.
#7
The Crow
(1994) 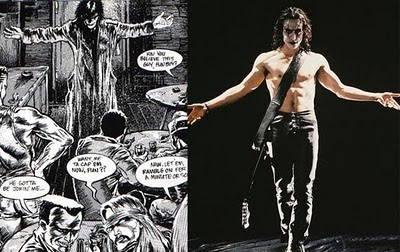 So yeah, Zach and I were Crow kids. I’ve lost count of how many times we watched this in high school. A dark and tragic romance with a revenge plot and a killer soundtrack is hard to beat. Plus the bittersweet motto: “It can’t rain all the time.”
#6
Kick-Ass
(2010) 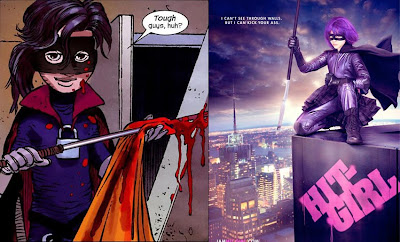 It’s new, but highly enjoyable. Kick-Ass is about super heroes with no super powers. They are just people with a will to help, and no discernable sense of queasiness. This is one of the more violent films on the list, arguably all the more shocking because most of the cursing and killing comes from pre-teen Hit Girl! Though this film is about tweens and teens, it’s not for the PG-13 set. It’s brutal and dark, and a hell of a good time! Plus, because studios wouldn’t back a movie with such a vicious and crude lil’ kid, this one’s an independent film. Good for the street cred. 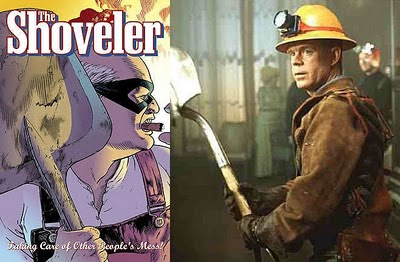 Mystery Men is a movie that grows on you. The first time, it’s okay, but by the seventh it's a favorite. Why watch it seven times? Well, there’s Janine Garafolo lugging around the skull of her father in a bowling ball. Hank Azaria with the strangest “coming out” scene ever put on film. Eddie Izzard as a disco-themed bad guy. Paul Reubens – period. And William H. Macy’s egg salad speech.

Plus my favorite line, which comes from the Shoveler's long-suffering wife, “Baby, you shovel better than any man I’ve ever known, but that does not make you a super hero!”
#4
X2
(2003) 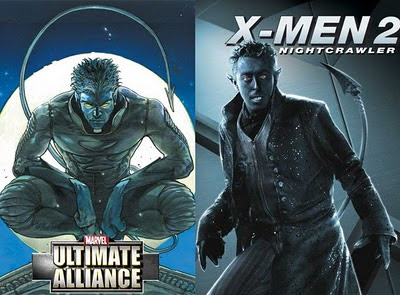 Yeah, the X-Men series isn’t incredibly faithful to the comics (teen Rogue what the?), but Bryan Singer made the first two movies a ton of fun. The first one was a blast, but in the second, Singer added in an intriguing political subtext and a healthy degree of sass – like my favorite line when Magneto sneers at Rogue's white streak, “We love what you’ve done with your hair.” Finger snaps for attitude! And bonus points for Nightcrawler!
#3
Dark Knight
(2008) 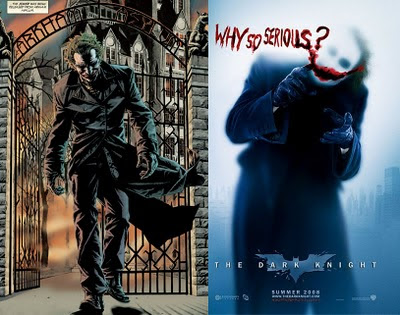 This one’s higher on Zach’s list than mine, but marriage is full of compromise. Zach considers it to be the best of the Batman adaptations, I argue the flick suffers from the constraints of its PG-13 rating, and the last 45 minutes drag while the first half sprints by. But we both agree, Heath Ledger created a legendary villain. The action’s fun, and the plot is decent. Plus, Chris Nolan is a hell of a storyteller.
#2
Sin City
(2005) 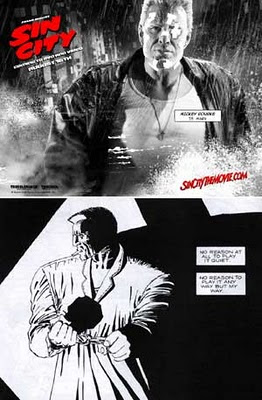 As a violent, gritty neo-noir – Sin City could have gone either way. It could be a daring new take on the genre like Brick, or could prove clunky and dismissive of noir's conventions like Hollywoodland. Happily, Robert Rodriguez and Frank Miller helmed the intense and gleefully gory ride about redemption and loyalty. This is one of the few films I have seen in theaters four times. Yeah. Four.
#1 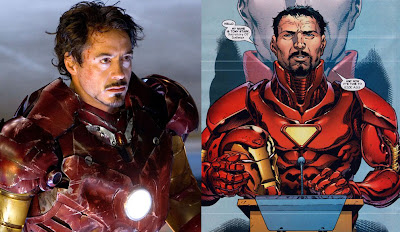 So after much discussion and debate Iron Man came out on top. Zach likes the fidelity to the idea of the old comic (whereas in the current comic Tony Stark is literally a self-lobotomizing moron), and I like that the movie’s exploration of consequences and responsibility. In Iron Man, Tony Stark goes from a flippant playboy to self-realized super hero set on using his powers (of science and engineering) for good.

We saw this and Dark Knight in the same month, and where Dark Knight was ghoulish (though in my opinion stilled pulled it’s punches) Iron Man focused on the effects of violence. Plus, nobody is as fun to watch as Robert Downey Jr. He had me at “Jericho.”
Posted by Kristy Puchko at 4:32 PM